In my previous articles, I have focused on preflop for good reason. We face at least one preflop decision every single hand we play. Most of the decisions may seem trivial, particularly since mostly the answer is “fold”, but mistakes add up and compound down the streets. Frequent small mistakes preflop can be more costly in the long run than a once-in-a-blue-moon big mistake on the river.

Furthermore, if your preflop ranges are too tight, you’ll leak too many chips in blinds and antes waiting for a hand to play, and you’ll be too predictable and easy to play against. Conversely, if your ranges are too wide, you’ll also be easy to exploit. You will have far too many weak hands post-flop, and will either have to put too much money in trying to win with them or you’ll have to fold too much post-flop and write off the money you invested preflop. Well-constructed and robust preflop ranges are the bedrock of a good fundamental poker strategy.

With that out of the way, it’s time to move on to the second most important street in poker, the flop. The first reason it’s second most important is every time you play a hand pre-flop, you’ll have to face at least one flop decision. It’s also arguably the trickiest street to play because as we will see it’s not always clear what the best play is with a lot of hands. It’s the easiest street to get wrong, either folding too many hands allowing your opponent to run you over, or continuing with too many allowing opponents to value bet you to death. On later streets you generally have something, either a made hand (one pair or better) or a draw, making it relatively easier to decide which hands to bet, call or fold depending on what cards come on the board, but on the flop, it’s not as clearcut.

Example 1: You have 40 big blinds and raise under the gun to 2.3 big blinds. Only the big blind with the same stack calls. The flop comes As 8h 2d. The big blind checks. If you bet now, that’s a continuation bet

Now that we have established what it is, let’s look at when we should and shouldn’t continuation bet.

Example 1: You have 40 big blinds and raise under the gun to 2.3 big blinds with one of the hands in red in the following diagram: 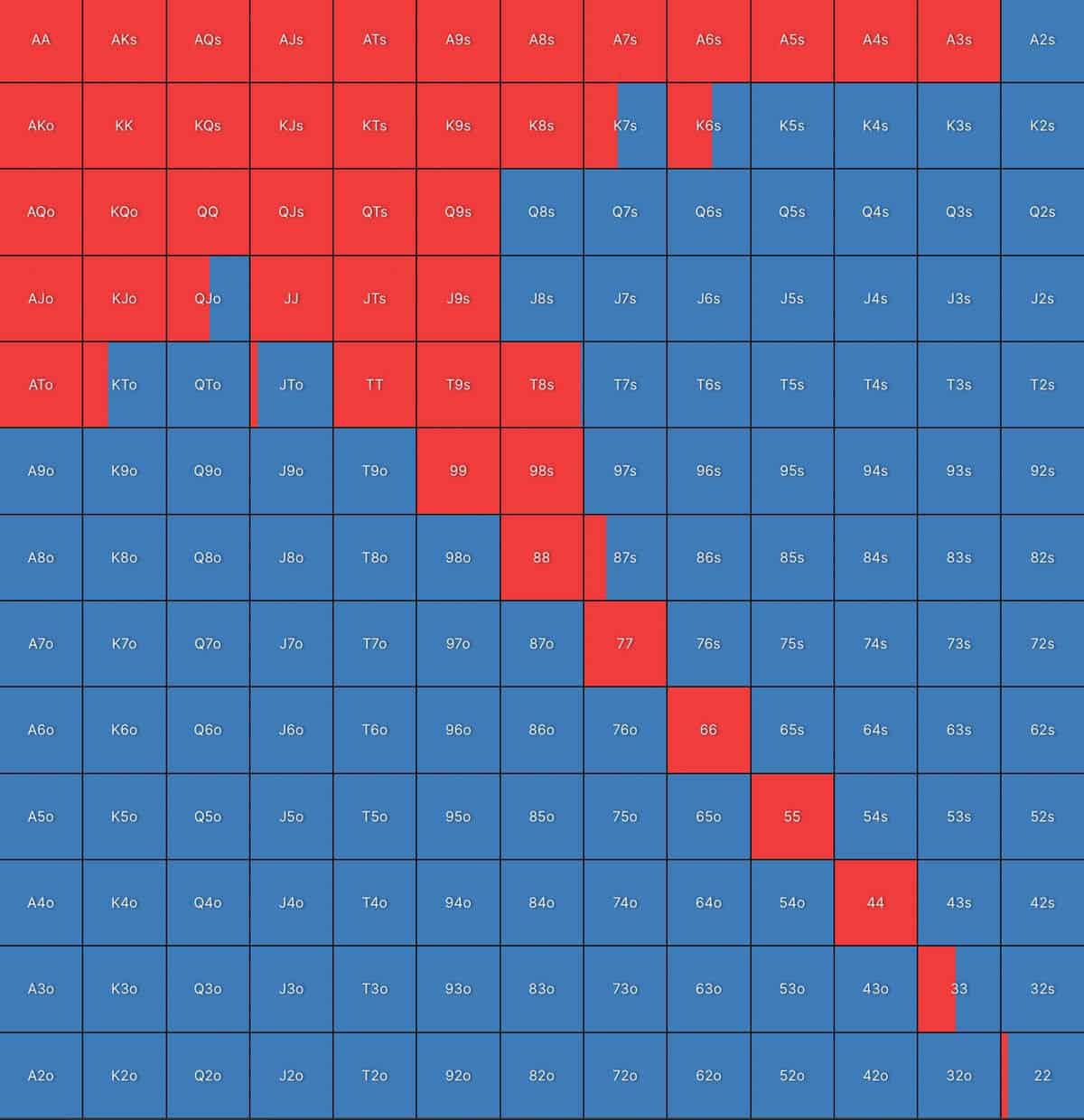 Only the big blind with the same stack calls, with one of the hands in green in this diagram: 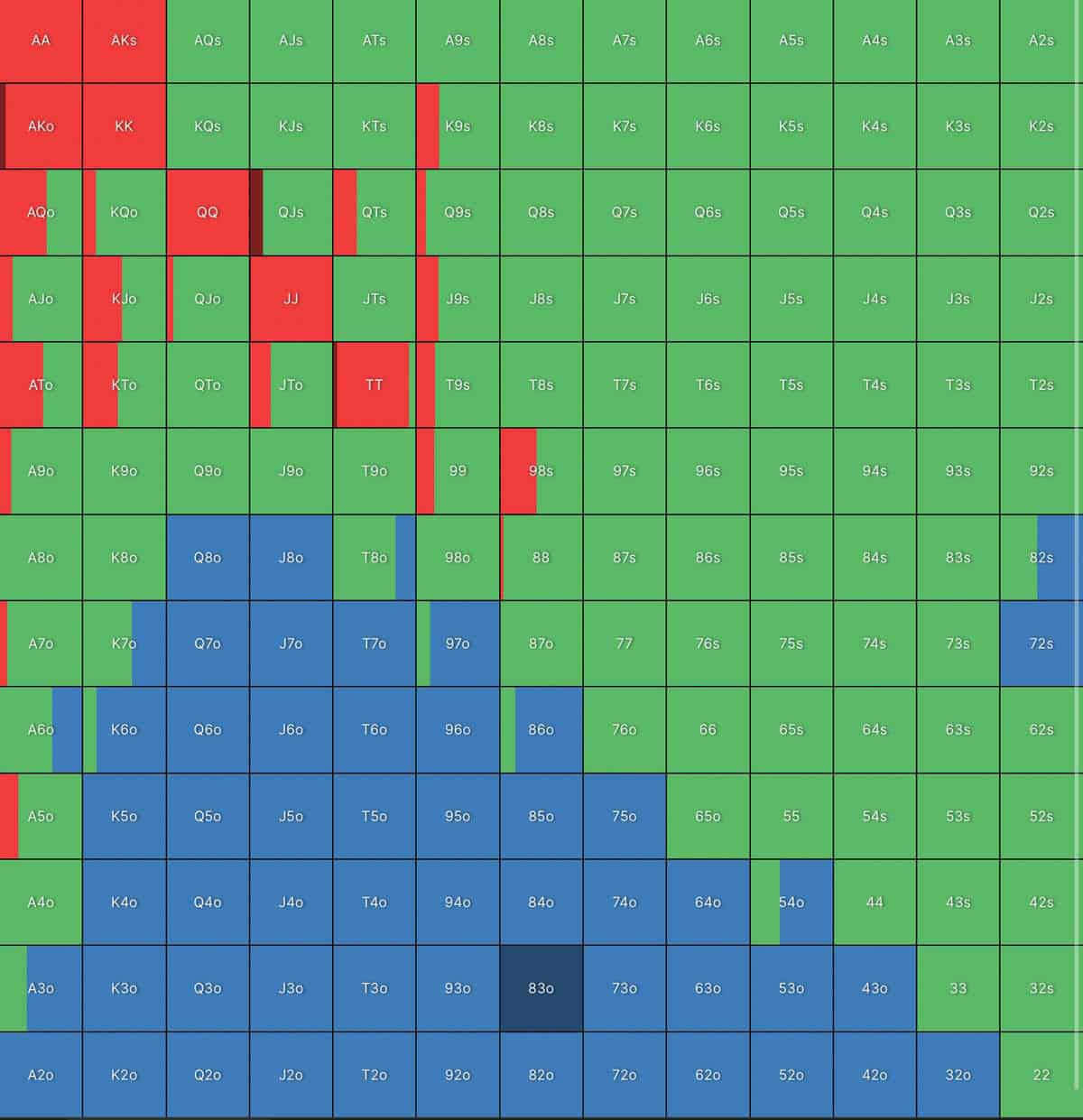 (In all these diagrams red means bet or raise, green means check or call, blue means fold, and black means we can’t have this hand as we would have played it differently earlier in the hand).

The flop comes As 8h 2d. The big blind checks.

Which of the following hands would you bet, and would you use a small size (third pot or less) or a large size (two-thirds pot or more)?

I will answer the questions I just posed in my next article, but until then please do have a think about what you would do with each of those hands. If you do, I believe you’ll potentially get more from the discussion in the next article.